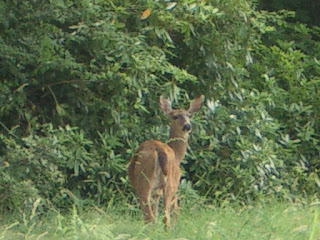 Note: animals that are found in an urban/suburban environment are usually highly polluted, however when it comes to the risk of imminent death by starvation as opposed to death at some future point in time due to ingesting toxins, I would probably pick the former.