Paying Your Bills With Micro Businesses 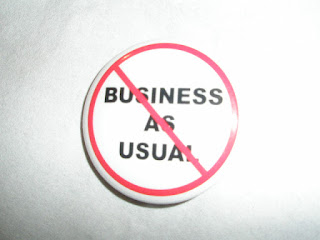 When I was a kid there was a lady who lived next door to my grandparents. She had a small farm, raised chickens, and we called her the Egg Lady because she had a thriving business selling excess eggs from her chickens. One day I overheard her telling my grandmother that she used the money raised from selling her eggs to pay their monthly electric bill. She would read her meter monthly, estimate how much the bill would be, then put that amount aside from her small egg business so that she could pay the bill when it came in. She also used the money earned from her U Pick strawberry patch for Christmas gifts. Another set of neighbors recycled beer and soda pop cans to pay for their cigarettes. They smoked A LOT. They also had A LOT of cans around. They would let the neighbor kids come over and use the sledgehammer (this was entertainment in those days) to smash the cans so they would take up less room in the bags they used to haul their loot to the recycling plant. If they needed more cigarettes, they simply collected more cans. These people may have been on to something.
Many people look at their bills as one big glob. They think "I need a job that pays X thousand dollars a month so I can pay my bills." That can seem pretty intimidating, especially during this time of mass layoffs. What would happen if your broke your bills down individually and looked for income sources to pay each bill? For example, part time work will pay for your house payment. Watching the neighbor kids for a couple of hours after school will pay for food for the month. Mowing lawns or shoveling snow can pay for the cable bill. These kinds of "micro businesses" are good for a couple of reasons. First, if one source of income dries up, it isn't as devastating as having all of your bills dependant on one source of income. Second, you will know how much work you need to do. For example, if your cable bill is $100 a month, and you can mow five lawns for $25 each, you will be able to recoup your expenses (mainly gas for the mower) and pay the bill with work that you can conceivably do in one day. If you need to pay off a $2000 credit card bill, you could do something similar--take any crappy job and put all money earned towards paying off the bill. The high point? You have a definite goal--you won't need to work the crappy job forever, just until the bill is paid (you can even mark the days on a calendar until you can quit). Also, the lousy work will instill in you each time you go to work why you will never want to incur credit card debt again.
The idea of having a number of micro businesses doesn't only pertain to manual labor. A friend of mine drives a school bus during the school year and puts that money towards the family's summer vacations (and they go on some pretty nice vacations). If you are a web designer, you may want to set a goal of finding one new customer a month to create a website for. The initial income from the website design can go towards a debt you are trying to pay off and the smaller monthly income from the maintenance and updating of the website can go towards your monthly Netflix subscription.
Try this today if you are having difficulty paying your bills. First list each bill and it's approximate monthly amount. You may want to look over your list and cut unnecessary expenses as this will be one more source of income you won't have to drum up. Next, use your imagination to come up with ways to earn enough money to pay for just one of these bills. Next month, after you are successful with creating a micro business to pay one bill, you may want to shoot for two or three bills. Pretty soon each of your bills will have a source of income coming in to pay for it.
Note: you may want to devise businesses/work that can recur on a monthly business. Seasonal work may be used to pay off a debt completely or you can save the income for a special purchase. You want minimal cash outlay to get the business/work effort going, and you definitely want to keep track of the numbers--your income minus expenses needs to make the profit you need for one of your bills or it isn't worth doing.
Posted by Code Name Insight at 3:49 PM