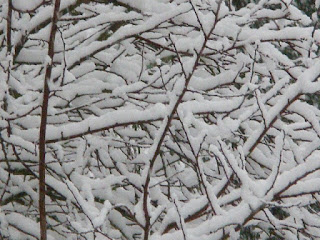 I feel for the people in Kentucky and other states hit with a snow storm, ice storm, and now a wind storm. It's been a while since we have had a severe ice storm here, but the thought of trying to drive (nearly impossible), trying to walk anywhere (ditto), and watching firefighters try to put out a fire when all of the water that falls onto the ground freezes almost instantly are still embedded in my memory. After keeping up with the Kentucky situation via online and television news sources, here's some reminders:


Well that's about it from here. If anyone in an area hit by the storm has more advice for the rest of us, please post in the comments section.