Report: After the Storm 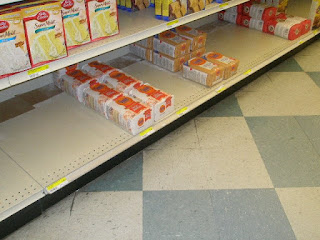 Well the snow is melting and people are getting out and about. Here's some things I've noticed: