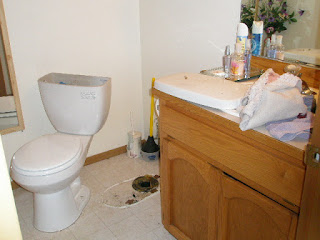 Last week there were quite a few areas flooded around where we live due to heavy rains which caused local rivers to overflow their banks. Of course I was feeling a bit smug at the time because we live in an area that is fairly high and dry, however, the smugness went away pretty quickly yesterday morning when the spouse did a load of laundry and water started pouring all over our downstairs. Although we hadn't caught the floods from the heavy rains, a backed up main line gave us a taste of what many thousands of people go through each fall and winter around our country when floods hit their towns. It wasn't pretty. Here's how (again) being prepared helped out quite a bit...